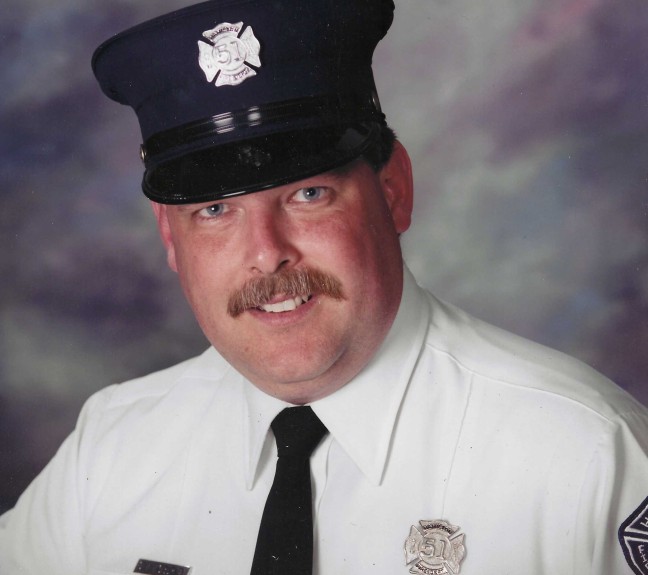 Ever since he was a teenager, Clifford MacBurney understood the importance of preparedness. In fact, so much so, he made a career of it. It began during his years at Southwest Ohio High School where MacBurney first began his involvement with the Red Cross. “You might say the Red Cross is where my career started,” said MacBurney.

MacBurney’s local Red Cross chapter organized a program for teenagers that allowed students to become certified in First Aid and CPR. Taking advantage of this opportunity, MacBurney earned his certification in both areas and began volunteering as a First Aid and CPR instructor for the Red Cross. “I taught many classes. Instead of hanging out with friends, I hung out at the Red Cross Chapter House,” he said.

In 1976, following his high school graduation, MacBurney joined a local Volunteer Life Squad and became a certified EMT. He was hired by the City of Hamilton, Ohio Fire Department and became an Ohio Certified Paramedic.

In 1980, MacBurney became a certified Ohio EMT instructor where he served for eight years helping others in his community earn their certifications just as he had four years prior.

MacBurney spent the last 14 years of his career working with the Fire Prevention Bureau. He stated that the Fire Prevention Bureau has three main responsibilities: fire code enforcement, fire investigation, and public fire safety education. MacBurney worked with his local Red Cross Chapter to develop a creative lesson about fire safety and preparedness. They created a Sesame Street Fire Safety Puppet Show, and Red Cross volunteers would take the puppet shows to local schools. MacBurney also gave many Fire Safety Presentations to both children and adults and was heavily involved with the Juvenile Firesetter Education Program.

In 2005, MacBurney retired and became a volunteer arson investigator. “A few times per week, during the middle of the night in the warmer months, I responded to fire scenes to start my investigation; arsonists don’t set fires in the middle of a cold, snowy winter night,” he explained.

MacBurney said that his role as an arson investigator also included interacting with Red Cross Disaster Action Team volunteers. While the volunteers assisted displaced residents, MacBurney would remain on the scene with them. He stated, “Once I had completed my investigation for the night, for their safety I would stick around until the Red Cross Volunteers had cleared the scene.”

In 2014, MacBurney and his wife moved to California, and he is currently a volunteer with the Cal Fire Volunteers in their Prevention Program. He also volunteers with the American Red Cross as a shelter worker in Oakhurst, where he assists as a member of the logistics team that ensures shelters have the necessary resources to support wildfire evacuees.

MacBurney is looking forward to using his fire department experience to work with volunteers and community members through the Red Cross  “Sound the Alarm” program, that educates the community on home fire preparedness and having working smoke alarms. Now that he is retired, “I feel as if I still have something to offer to my community and the Red Cross, especially as it relates to fire. Now that I’m 63, the Red Cross is where I will finish my almost 50 year career. My career has come full circle.”

MacBurney’s career has demonstrated a wide breadth of emergency response positions and volunteer services that has helped him and his communities remain prepared in preventing home fires.

The week of Oct. 3 is recognized as Fire Prevention Week. The American Red Cross urges everyone to test their smoke alarms and practice their escape plan as home fires continue during COVID-19. Testing your smoke alarms each month helps ensure that they’re working — which can cut the risk of dying in a home fire by half. Still, 65% of us don’t. Practicing your escape plan twice a year also increases the odds of survival. But 70% of people do not. Escaping in less than two minutes can be the difference between survival and tragedy, according to fire experts. Learn more in this infographic.